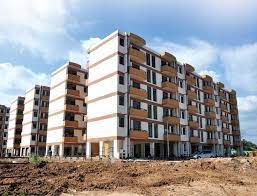 Commercial Properties: Requests for Amendments to Building Regulations in Chandigarh as Needed: The Tribune India

The Chandigarh Beopar Mandal (CBM) demanded changes based on the needs of building regulations related to commercial properties in the city.

Charanjiv Singh, chairman of CBM, said they had forwarded a full memorandum to UT adviser Dharam Pal, seeking a streamlining of building regulations as needed as soon as possible.

They demanded that commercial and industrial properties be converted from a lease to freehold after taking reasonable charges. All new auctions of commercial properties are expected to be held in full ownership, which had so far remained unsold despite the best efforts of the Estates Office, Chandigarh Housing Council and the municipal corporation.

They demanded that the Apartment Law be implemented in the city for both commercial and residential properties in order to relieve small and medium-sized traders so that they can purchase part of the building as needed.

General commerce clearance should be allowed on the upper floors of all commercial buildings without any conversion fees, he said.

He said construction of the first floor on single-story booths and bay stores should be allowed for storage purposes to support small businesses. The violation / abuse penalty should be reduced to original Rs 10 per square foot per month from the huge majority increase made in 2007, they asked.

The transfer of the allocated leasehold property should be done without charging a third of the unearned profits, he said, demanding that the conversion fee from SCF to SCO, which had been increased from Rs5 lakh to Rs60 lakh on the V-4 road sector markets, be rationalized.

Citizen of Tribeca | The saga behind 325 Greenwich

City of Toledo | Launch of the Vibrance initiative

The commercial property insurance market could see a big movement